The knee is a complex joint made up of different structures including bones, tendons, ligaments, cartilage, and muscles. They all work together to maintain normal function and provide stability to the knee during movement.

The knee can be described as a hinge joint, similar to a door hinge. The knee not only bends back and forth but also rotates with movement.

Having a well-functioning healthy knee is essential for our mobility and ability to participate in various activities. Understanding the anatomy of the knee enhances your ability to discuss and choose the right treatment procedure for knee problems with your doctor.

Bones of the Knee

The knee is a hinge joint made up of three bones, the thighbone (femur), the shinbone (tibia), and the knee cap (patella).

The knee is divided into 3 compartments:

(Left) A normal knee joint: The medial, lateral, and patellofemoral compartments are shown with red arrows. (Right) An x-ray of a normal knee joint showing healthy space between the bones.
Image Credit: OrthoInfo

Cartilage and Menisci of the Knee

Movement of the knee joint causes friction between the three bones. To reduce this friction, the bones involved in movement are covered with a white, shiny, slippery layer called cartilage. The cartilage provides a smooth surface that facilitates easy movement. Cartilage rubbing against articular cartilage in a joint is ten times smoother than ice rubbing against ice!

Within the knee joint, between the femur and tibia, there are two C shaped structures called menisci. Menisci function to provide stability to the knee by spreading the weight of the upper body across the entire surface and preventing the weight from concentrating onto a small area, which could damage the articular cartilage. The menisci also act as a cushion or “donut” between the femur and tibia by absorbing the shock produced by activities such as walking, running and jumping.

To further reduce friction between the surfaces of the bones, the knee joint produces a thick clear fluid called synovial fluid. This joint fluid lubricates and nourishes the cartilage and allows the bones to move freely and smoothly.

Ligaments of the Knee

Muscles of the Knee 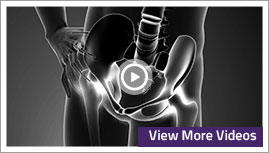